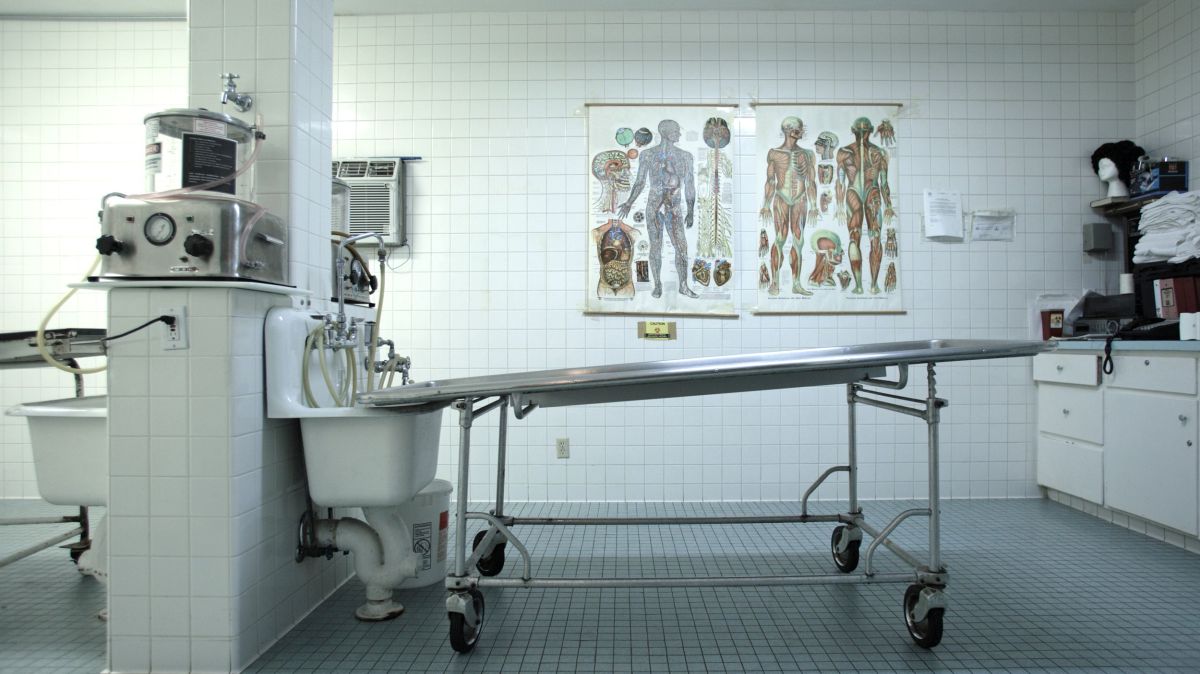 Whilst many European countries do not feel the need to embalm their dead, Ireland is not one of them. Growing up in rural Catholic Ireland, I was exposed to the deceased bodies of loved ones from a very young age as it is tradition for us to ‘wake’ our dead at home. I was eight years old when I saw my first dead body, it was that of my grandfather who had died from a long battle with lung cancer. I remember seeing him a day before he died, he was struggling to breathe, gaunt and his skin had yellowed. It scared me to see him like this, so I was apprehensive seeing him in the coffin that was placed in the living room of my grandparents’ house. But he had transformed from the ill man I had seen the night before to someone who looked the peaceful picture of health. I did not know it at the time, but I came to realise it was the embalmer who had been responsible for this transformation. I lost other grandparents, cousins, aunties, uncles, and parents later down the line and was never afraid of viewing them in their coffin because of the peace I felt at seeing my grandfather.

I recently came across an article on time.com by Sallie Tisdale who discussed viewing her mother after she had died of breast cancer. She describes the transformative type process I just described seeing my grandfather, but for her the experience was overwhelmingly negative. She felt acceptance of her loss was hindered by the viewing, as her mother was made to ‘look alive’. Tisdale asks the important question, ‘why do we so often make a dead person appear alive?’
Caitlin Doughty of the Order of the Good Death does an excellent job of educating the public on embalming practices in America. Doughty does a series of YouTube videos (Ask a Mortician Channel) discussing what happens to a body during embalming. On the Order of the Good Death Websites there is plenty of information about how embalming became common practice (spoiler- The American Civil War played a large part) as well as the dangers and myths associated with dead bodies and the practice itself. Doughty does not condemn the practice but makes sure that the public know it is not always necessary, it can often be an extra cost to families.

From personal experience, embalming has helped immensely in the grieving process. My Father passed when I was 19 years old very suddenly in an accident and he was embalmed as part of the Catholic wake tradition. However, it was my Mother’s death when I was 25 years old where I felt embalming personally helped my grieving. My Mother died of brain cancer and had been ill for quite some time before her passing. She was only 50 years old when she died and had always looked quite youthful for her age until the disease began to progress. She was a shadow of her former self in the care home she was in, she had swollen limbs from excessive medication, her complexion was pale, and she was constantly agitated and confused. On her passing, seeing her in the funeral home after her embalming felt like a huge relief. She looked like her glamourous self again, more peaceful in death than she had been in life. Unlike Tisdale, I was appreciative of the practice as we had a chance to say goodbye to our Mother in the way we wanted to remember her. This may also have been down to differences in the work and skill of each embalmer, our embalmer did not go overboard with any makeup etc. Two weeks after her death I began assisting an embalmer and understood the practice fully. Whilst the practice itself is quite invasive, I was fascinated by it and asked the mortician about families who opted out of the practice. He told me they always make sure families know the extras costs and tell them it is not always necessary, but some still feel the need to go ahead with the embalming as it is how they grieve. What is important here is that families know their options, and the funeral home are not exploiting people when they are vulnerable.

There have also been suggestions that embalming has psychological implications in American society. Psychologists have suggested that embalming can be considered a ‘final assault on the self’ and that the natural looking deceased can encourage denial of death in loved ones. There is also some suggestion in other studies that there was more regret surrounding not viewing the body than having the body embalmed. Again, personal preference plays a large role. One lady describes how viewing her mother after she was embalmed disturbed her, but it brought her brother peace.

As someone with a background in archaeology, with an interest in how we preserved the dead in the past (as educational specimens and as part of funeral rites), it is no wonder this has interlinked with my professional life. Although modern embalming methods are strongly linked to the American Civil War, different cultures from all over the world have been preserving their dead in various ways as part of their grieving process for thousands of years- in the same way that many have not. It comes down to understanding the various options out there, and what works for some does not work for others. So, does embalming hinder the grieving process? The answer will never be the same for everyone.

Great to be in the library today with this fantastic book 🪦📚 Elizabeth Hurren excellently outlines how the poorest in the society were exploited in death for anatomical dissection. The 1832 Anatomy Act meant that destitute bodies and those whose families could not afford a funeral for their loved one were compelled to be handed over for dissection- many believed this was a way for the poor to ‘pay their welfare debt’. The act was pushed by wealthier members of society who could afford to bury their loved one in a secure place #histmed #anatomy #death #bereavement #archaeology #phd
Preserved thorax from the Allan Burns mummies collection- Burns was a Scottish anatomist from Glasgow. The collection dates to around the early 19th century and were likely acquired through dubious circumstances as there is no kept documentation on their origin. The collection consisted of around 1000 specimens and were used for teaching throughout the 19th century - now around 60 specimens remain. Source: Wade (1999) and Lee and Strkalj (2017). #histmed #anatomy #history #archaeology #phd
Happy Easter! 🐣
There is some great restoration/ maintenance work being carried out in the cemetery- I can’t imagine how much of an uphill battle it is keeping control of the greenery 🌳🥀🪦⚰️ #death #dying #cemetery #graveyard #archaeology #history #phd
Beautiful day wandering amongst Undercliffe 19th C graves ⚰️🥀🪦 #death #victorian #archaeology #graveyard #cemetery #history #mourning #phd
‘Gone but not forgotten’ late 19th century grave inscription ⚰️🪦 #death #dying #archaeology #cemetery #graveyard #cemeteriesofinstagram #phd
Create your website with WordPress.com
Get started
<span>%d</span> bloggers like this: